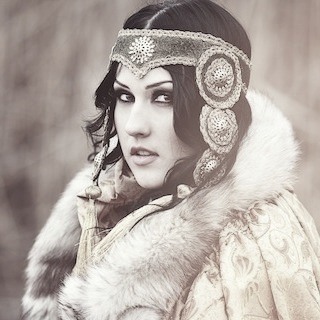 When you become human, you are promised the love of two people in your life: your mother and your father. Or at least, isn’t that supposed to be how it is?

I don’t even know where I got that idea, but it has felt like the very heart and soul of my understanding of my relationship with my father.

And it is has been the very heart and soul of the incredible inadequacies that have penetrated my understanding of self.

My understanding of the world.

My understanding of life.

If this was the way things were supposed to be, and my father, despite having every opportunity, still chose to drink and smoke and avoid ever loving someone who asked for little more than attention and snuggles, how could I possibly be worthwhile as a human?

How could I, when one of the only people who were supposed to love me chose not to, be worth anything to this world?

Rejection from my mother I could always understand. She was abused worse than I was as a child. She didn’t have examples of what loving motherhood should look like. She didn’t know where to place to her anger, how to deal with her burdens, but she tried. With every ounce of her being she tried to be a better person and to grasp more love and happiness in her life, and subsequently mine.

But fuck, he didn’t. He was never rejected by his family. He wasn’t unexpectedly forced to carry family burdens that warranted this kind of selfish behavior. He was never injured beyond repair. He was empty, maybe, but not due to anyone else’s hand. He was just selfish. He just didn’t want to try. He just didn’t care.

Instead he broke me down, along with everyone else in his life that loved him. He called me mean names. He insulted me in every way that he could, every time he spoke to me. He treated me like a nuisance and left me to fend for myself.

He handed to me the burdens that he didn’t have the courage to deal with.

I was left feeling so shitty about myself that I couldn’t even look another man in the eye because I feared that I would see how worthless I was reflected back to me. I was so afraid that every man would know that my own father didn’t love me, and that if my own father couldn’t love me that I wasn’t worthy of love. That I was a worthless piece of shit. That I would never be special enough to be the one for them to choose.

When I stopped talking to him when I was 14, I decided to close all the doors to his existence. I chose to close the doors to trying to understand him, to trying to feel for him. I closed down all the avenues that I could in order to survive. I shut down in order to feel like I was letting go of the things that he had done to me; trying to show that I was stronger than his bullshit and selfishness. And on so many levels, for many years, it worked.

I fought tooth and nail to regain my self-confidence and drag myself out of the hole that he had thrown me in. I started to see glimpses of the self that I had known so strongly as a young child. Nature had always brought me back to myself, and I was so blessed to be close to nature when I was young. I thought I was going to have the freedom to escape his damages and that I could define myself completely separate from all the bad that originated from his half of my DNA.

Of course I was wrong.

I fell in love with a boy that was so much like my father. He was aloof, he was withholding. He was unsafe.

He would choose the easiest, most cowardly, safest path for him every time. And that never meant me.

I was wild. I was honest. I loved him with every ounce of my being without a choice otherwise.

And then one day, I realized that the incredibly unsafe understanding of men that I had grown up with was causing me to be agoraphobic.

I feared leaving my house in case I might run into this other man, who I realized mirrored my father. And I couldn’t deal with another man that I loved with every single ounce of my being showing me repeatedly that I was never going to be worthy of his love.

I couldn’t bear the burden of seeing him continually choose another woman over me. Even when I saw his shortcomings and how much healthier I was without him, it didn’t matter.

Just like had chosen his fear, and his lies, and his condescending remarks.

I was never enough.

But I realized then that all the power I thought he had had over me wasn’t his power at all. It was my father’s. It was the hurt from his remarks, his actions. And it was me shutting them out for survival that was causing this incredible burden with another human being.

I had post-traumatic stress and the triggers had transferred from one man in my life to another.

It was your father.

Your rejection from him hurts a hell of a lot.

But not as much as from your father.

You carried and continue to carry burdens that you never asked for.”

And suddenly, space started to be created for me to reframe my anger, and for the first time since I had stopped talking to my dad, I was allowing myself to feel all that anger that I had placed inside a box somewhere and told myself that it had been lost. I was admitting to myself that he was so much larger of a part of me that I ever wanted him to be, and I was recognizing that I needed that to be recognized in order to be whole.

Both of them were losing their power over me.

Both of them are losing their power over me.

More space was opening up within myself for love and experience as I reclaimed a huge part of me.

More space continues to open up within myself.

And I can start to believe with deeper understanding that maybe there isn’t something fundamentally wrong with me. Maybe I am worthy of love, and success, and not everyone is going to realize I’m a waste of time and leave me. Maybe all those self- help books and inspirational messages on Facebook where actually telling the truth about me. Maybe my confidence can be my own. Maybe it isn’t a lie.

And maybe, just maybe, separate from my family hurts (or with them), and separate from the damaged person that I am (or with her), I can do and be and create something great.

Because there is so much love and light in me. Why should any other human being be given the honor of dictating how I choose to share that? Especially a human who couldn’t care less about how their actions are affecting me.

And I know I will redefine this journey a million more times. I will wonder a million more times how I could have learned better, or faster, or saved myself the pain. But that is part of it and something that I will work hard to embrace. Just like everything else. Every other bit of truth, every recognition of lie. I will embrace.

I believe with every ounce of my being that every experience is a gift and an opportunity to transform into more love and light in this world, and I will transform all of my hurts into such, even though it will most likely take the rest of my life.

I would prefer for this story to be anonymous. Thanks.

Thank you for sharing. I recognize all of this so well, I could’ve written it myself. I’m struggling so hard with this right now. The father and the men are gone but the pain is still there.

<3 <3 <3 <3 to you sister. So glad it resonated with you. There are so many of us with such a similar story and we don't have to stand alone anymore. We can help one another be strong and help one another heal through our understanding. I am standing with you on your journey.

Everything is very open with a precise description of the
challenges. It was really informative. Your website is very useful.
Thanks for sharing!