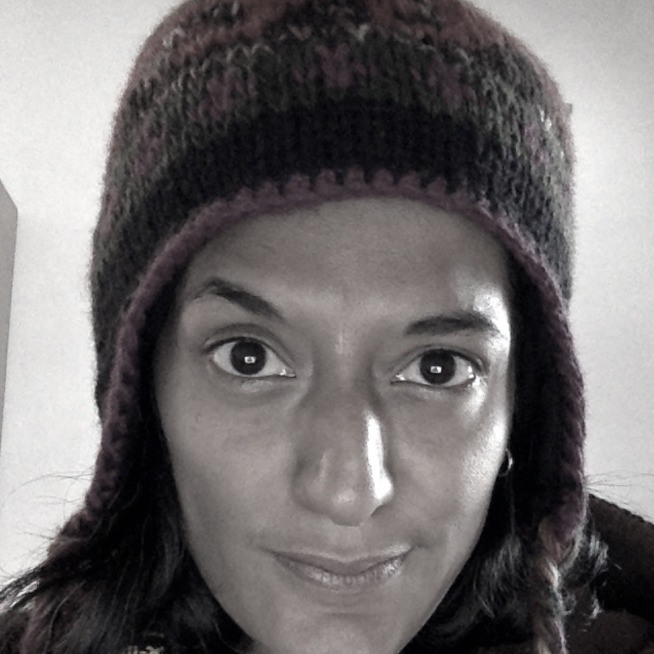 Shortly after my 64-year-old perfectly healthy mother suddenly collapsed one evening at home and never got up, (a mother-less) friend wrote to me saying, “There is no good time to lose a mother, and there is nothing that can be said.”

The grief of a shocking death. Poof, she’s gone. It leaves one reeling. For a while. And it leaves one so very tired. Exhausted actually. A hollow, emptiness in the heart forms. That place that was once occupied by her, in form. She still rests there, yet the quality has been altered drastically. Profoundly. She is more distant than she has ever been. Yes, a hollow and distant feeling that can never be filled. Almost haunting. And still, a love remains — becoming subtler and subtler.

I remember when I returned home after those three sudden weeks away last year, post-pulling the plug, post-memorial, post closure ceremonies – there were some friends who greeted me in tears. I wondered then why they were sad. I thought then that the mirror of my sadness was making them sad. And then this year I learned what that sadness was really about. Because now I was the tearful one greeting my friend who had just lost his/her mother. “I have been around many people who were dying, but never my own mother – it’s different…we were close.”

“Yes, of course,” I say. Of course. It’s different. We seemingly came from her. She was our first teacher. And for most, our first experience of loving — and being loved.

My mother’s sudden exit was my first experience of someone close to me dying. It has been by far the most challenging experience of my life (and like most of us, I have had many!). The deepest form of letting go I have ever experienced in this illusory realm.

It was also a personal transformation. An initiation. And a rebirth.

I travelled back to her homeland of India nine months after she so abruptly left, and that journey proved to be so very healing. It’s like a very, very deep layer of grief fell away gradually during those five months there, as I deepened on my spiritual path in her homeland, following in her footsteps of a devotional life that I have always lived. But now, it is different. So much deeper. To honour my mother, and the gifts she gave me through her death: traditional fire ceremony and the deepest connection to the Sacred Divine Feminine/Goddess I have ever known. The Great Goddess has become my mother now. Just like she had become my mother’s mother, when her mother died seven year earlier, on the very same (and auspicious) day.

I noticed that for the first weeks and/or one or two months, society is very supportive around death. And then a few months later, it’s like the whole thing did not even happen. There’s no space to grieve. It’s like our grief should officially end. As if it’s on a clock. But it isn’t. And it doesn’t. Something I heard from some friends when my mother first left this realm, is that grief never goes away, it just becomes different. Eighteen months later, I can say I totally agree. The quality changes. For me, now it is quieter, spacious, and more sporadic. It does not have the constancy and density it did for the first nine months following her all too quick death last year. Then I will be watching a film, and the family will have to pull the plug because their loved one is brain dead. Just like our mother was. Just like we did. And I know this moment. This feeling. This emotion. So very well. And I bawl. Another form of grief unveiled.

Or I will hear a certain song that invokes her. Another form of grief unveiled. Or I will be eating some decadent Indian cooking, and I will be easily reminded of her – as Indian cooking is the form she exuded her love with the most – always creating all of our favourites. She often said the kitchen was her favourite room in the house. A professional cook for 30 years, she was.

Just as I returned from those three sudden weeks away, a friend said to me, “A friend of mine who lost his mother said that the hardest part for him was feeling the guilt of starting to forget her.”

“I am so far away from that,” I answered. (It was my first day home after getting that call we all dread.)

Yet I can now convey that I am straining to keep my memories of her vivid, because I am reluctantly witnessing them fade. Fading. She is fading. I observe myself grasping to hold these special visuals in my mind. As they become more and more distant. That invokes grief. Another layer unveiled.

Of course we all have to go some time. This seems to be the classic line when we are seen by others as holding on too much to the deceased. Or as a desperate consolation offering from them. Yeah I get it. However the humanity in us will still play out the trauma we have experienced. And so we do. Yet our society could care less. “Everyone dies,” they exclaim. Fuck off, I say (but not aloud). I think someone called it “shame based societal stigma that surrounds openly expressing grief.”

People who have not lost a parent (or anyone close) do not really know, and cannot relate. Of course they mean well. Yet I find there is an inadvertent disconnect there. I feel more connected deeply to those in my life who have experienced the loss I have experienced. Simply because it is so very deep, and much beyond the attempt of consoling words. You don’t really know, until – well, you do. Shocking death, I do not wish it upon anyone. Though, many more will experience it. And I will empathize in that way that knows. So very well.

A friend said to me “grieving our loved ones is how we pay homage to them.” I like that.

We will never forget them. For we carry them in our hearts wherever we are. And we will always grieve for them, and that form will ebb and flow over time in this particular realm of the ever-changing. And it is beautiful. And it is sad. And it is ok. A beautiful expression of our love. What a life this is! And if we really tune in, we will feel our loved one close, making offerings and sending blessings from the spirit realm.

“You will forever be shaped by the loss you have endured.”